When a guy is leading you on, sometimes you can or cannot tell.

While some guys are honest about not being ready for a relationship, some would lie to you.

One of the worst things you can do is to stay after a guy says he’s not ready to date you.

I know it because I’ve been there.

This post will discuss how to know when a guy is leading you on, why he’s playing you, and what to do.

1. He doesn’t make plans with you

When you’re in a relationship with someone, you plan together.

Maybe simple plans like when and where to meet for dinner.

But a guy that’s playing you will never make plans.

He expects you to sit and wait until he’s ready.

Most of the time, you’d have no idea if you’ll see him because he wouldn’t make any commitments.

2. How to know when a guy is leading you on? He only wants you for sex

If your guy only calls you when he wants sex, he’s leading you on.

Like the first point, he doesn’t plan anything with you.

So he might randomly call you on a weekday evening to spend a few hours or the night.

Because he wants to get some and send you on your way.

3. He cancels on you

Guys that lead you on have no problem canceling on you.

They always have things or people that are more important than you.

But they always expect you to make them a priority.

4. How to know when a guy is leading you on? He never takes you on dates

When a man likes you, he would take you on dates and whatever.

He’s not worried about being in public places with you.

But when a guy isn’t serious about you, he wouldn’t do anything special with you.

You’d mostly be indoors at his place or yours where he can get more sex.

5. He never engages in PDA is a sign he’s leading you on

And even when you’re in public with him, he’s hardly affectionate.

A guy that’s leading you on will not even mistakenly engage in PDA.

6. If you’re his last resort, he’s probably leading you on

You’re his last resort when a guy doesn’t plan with you but calls to see you last minute.

He only remembers you when the other woman or women aren’t available.

7. He doesn’t care about pleasing you in the bedroom.

A guy that loves and is exclusive with you wants to please you in the bedroom.

But this guy only cares about himself.

And the worst part is, he asks for things in bed that he won’t do for you.

8. He doesn’t know or care to know your family

Does he know where you live?

Is he interested in meeting your friends or family after knowing each other for months?

He’s probably leading you on.

He doesn’t want anyone to attach his name to yours and vice versa.

9. He doesn’t communicate is how you know a guy is leading you on

When a guy leads you on, he doesn’t care about communicating.

Communication is for couples that have and want their relationship to succeed.

So most of the time, he would make you feel like you’re nagging him because he doesn’t care and isn’t interested in communicating.

10. His need to control you is how to tell if a man is leading you on

Isn’t it funny that a guy leading you on wants to control you?

My ex told me to stop my waitress job and that he would take care of me.

A few weeks after I stopped working, he became unavailable to see me.

So I returned to work and never stopped working until we broke up.

Also, there was a time he said I shouldn’t get married.

But he wasn’t interested in an exclusive relationship let alone marriage.

When they’re leading you on, some men would quickly send you away after intimacy.

There’s always something really important that they have to deal with.

So it’s best you go.

If a guy is dating other women and you, he’s leading you on.

But sometimes, he would act like you’re special so that you’d remain in his life.

He might even convince you that you’re the main chick and the others aren’t important.

Please don’t fall for that B.S.

13. He says he’s not ready to commit is a clear sign he’s leading you on

If a guy says, he’s not ready to be in a relationship, believe him and leave him alone.

But if you stay and act like you’re dating, he would play along.

But he knows you’re not in a relationship.

14. He doesn’t care about your emotional needs

Have you tried talking to a player about your struggles?

Or maybe you need to vent and let off the pressure?

A player is usually unavailable for that.

He doesn’t care about your emotional needs but wants you to care about his.

15. He makes you wait is how to know when a guy is leading you on

Oh! My ex made me wait several times.

We planned to meet every Friday and spend the weekend together – or that’s what I thought.

But seeing me became a chore for him.

Some Fridays, I’d wait for hours while he’s doing whatever.

Then I’d call, and he might answer or ignore my calls.

Then he would call back late at night or ignore my calls that weekend.

It’s just crazy what guys do when they’re leading you on.

16. You’d never meet his family is how to know a guy is leading you on

How long have you been together?

If you’ve been dating for more than six months to a year, and you haven’t met his family, he’s probably leading you on.

But sometimes a guy might introduce you to his family even when he doesn’t want to be serious.

And the family too might know you’re not the main person he wants to be with.

17. How to know when a guy is leading you on? Your gut tells you

Sometimes you just know a guy is leading you on.

You see it in the way he treats and relates with you.

And when you feel it in your gut, believe it.

Now, why is he leading you on?

1. He enjoys your company.

Maybe he enjoys spending time with you when he needs female company and intimacy.

But since he’s not ready to commit, he would maintain some distance.

And that’s why he’s emotionally unavailable and only calls you when he wants sex.

2. He loves your cooking

Some guys like food too much that they don’t want a relationship but stay with you because they enjoy your cooking.

And because we love it when our men enjoy our cooking, we sometimes don’t see when a guy is playing us.

Stop cooking for him and see what happens.

3. You are not getting the message.

Another reason he’s leading you on is that you’re not getting the message.

Maybe you think if you stayed he would change his mind.

That’s not how it works.

Yes, in rare cases we change our minds about someone, after knowing them better.

But it’s best to let him go when he says he’s not ready for a relationship.

Please don’t stay and give him the boyfriend treatment without any commitments.

He wants to do everything people do in relationships but won’t commit.

Please let him go so you can find someone who treats you better.

5. He doesn’t want a relationship.

Some men will lead you on when they’re not ready for a relationship.

But he should let you know so you can find someone who wants the same things.

Of course, he wants to control you, which is why he won’t be honest with you.

Another reason he’s leading you on is that he’s dating or married.

Some married men would badmouth their wives to you so they can cheat on them with you.

If you only meet at your place or at some hotel, he’s probably in a relationship.

That’s also why you guys don’t go out in public together.

7. He doesn’t know what he wants is why he’s leading you on.

Well, it’s not your place to tell him what he wants.

Maybe he should go figure it out before dating anyone.

Also, he might have another woman he’s comparing you with to see who will leave or stay.

8. He’s insecure and using you for an ego boost.

Sometimes a guy can’t believe he got a nice woman.

So instead of being honest about his intentions, he’d waste your time.

He’s the kind that brags about how many women he’s been with.

Because that makes him feel masculine.

But deep inside, he’s insecure.

9. He doesn’t want to hurt your feelings.

Also, sometimes a guy won’t tell you he doesn’t want a relationship for fear of hurting your feelings.

But I think he probably doesn’t want you to dislike him.

So it’s not only about not wanting to hurt you; it’s also about protecting his image.

But I’d prefer he’s honest about what he wants.

So you’d know what to do.

Some guys lead you on because they think they’re the best you can get.

While some are just jerks, some guys take you for granted because you take B.S. from them.

So they mistreat you and believe you’d always be there.

What to do when you realize he’s leading you on?

And that’s 17 signs to know a guy is leading you on.

How did you know a guy was leading you on?

You may also love these related posts: 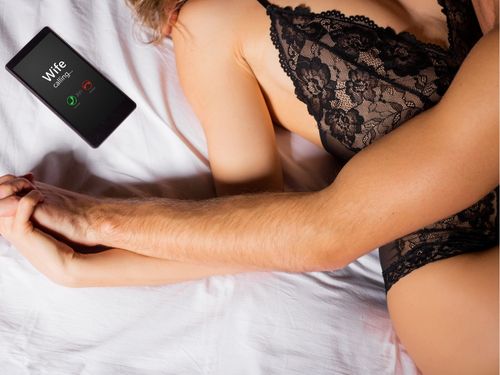 So you’re sleeping with a married man and threatening to… 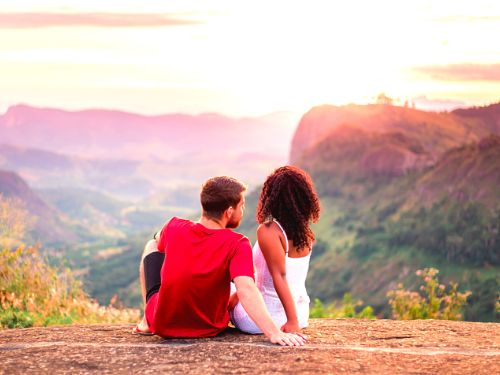 Eric and Anna had a good relationship for a while…. 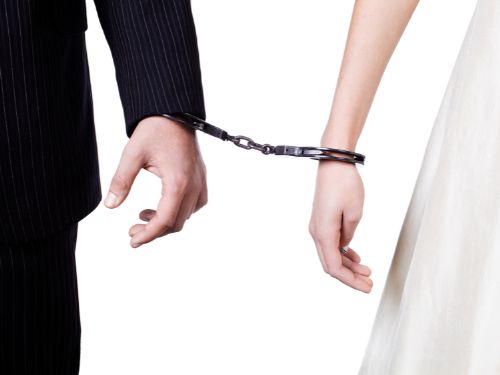 This post does not throw shade at people who have… 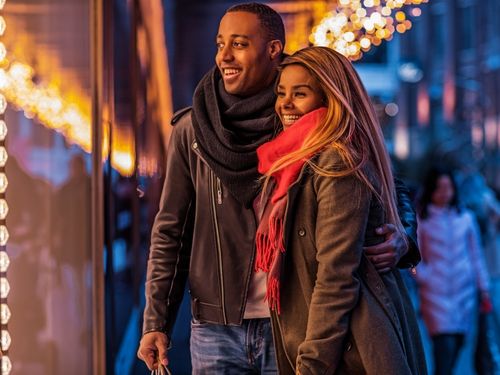 While some are making new year’s resolutions for their health,…

So your boyfriend cheated on you. You’re hurt and feel…

You might be wondering why wouldn’t he marry me after… 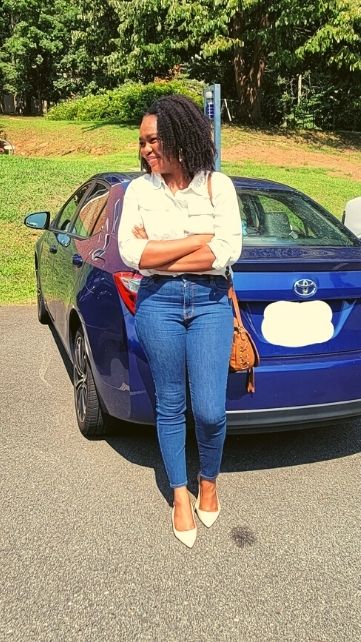